At a graduation ceremony attended by among others Shaikh Ahmed bin Saeed Al Maktoum, President of the Dubai Civil Aviation Authority and Chairman and CEO of Emirates Airline, fifty-four UAE nationals graduated to the rank of professional airline pilots in what has been the largest group of cadet pilots in the airline’s history.  All but one of the 54 graduates were trained at FTEJerez, following Emirates’ decision to choose FTEJerez as the airline’s official training provider in late 2009.

From the FTEJerez side, the college was represented by the CEO, Oscar Sordo,  Business Development Director Frik Schoombee and Charles Auty, Chief Flying Instructor. For Charles the event held special significance as all 53 graduates had undergone their training under his guidance and supervision.  “I saw them transform from young recruits to mature and responsible pilots. Seeing them graduate and proudly wearing their Emirates uniforms as they embark on their careers to become the airline’s captains of tomorrow, touched me deeply”, Charles said.

“With the continued guidance from His Highness Shaikh Mohammed bin Rashid Al Maktoum, Vice-President and Prime Minister of the UAE and Ruler of Dubai, to invest in the development of Emiratis across all divisions of the Emirates Group, since its inception in 1992, the National Cadet Pilot Programme has now increased to a total of 426 Captains, First Officers and Cadets in training”, said Shaikh Ahmed bin Saeed Al Maktoum.

Captain Abdullah Al Hammadi, Emirates National Cadet Pilot Manager said that “Emirates is committed to attracting and developing Emiratis in order to lead the rapid growth of the airline. Where we today serve 132 destinations around the world with 200 aircraft, Emirates growth will continue this year with the addition of an additional 35 new aircraft and several new destinations.”

Oscar Sordo, who during the official ceremony was presented with a token of appreciation to FTEJerez, said that FTEJerez was honoured to be celebrating with Emirates the success of their  National Cadet Programme. “We are particularly pleased to see that the quality of the training delivered at FTEJerez fits perfectly with Emirates’ drive for excellence”, he said.

The 2009 Emirates decision to select FTEJerez for preparation of its new generation of pilots came after a rigorous selection process, which included many of Europe’s finest FTO’s. 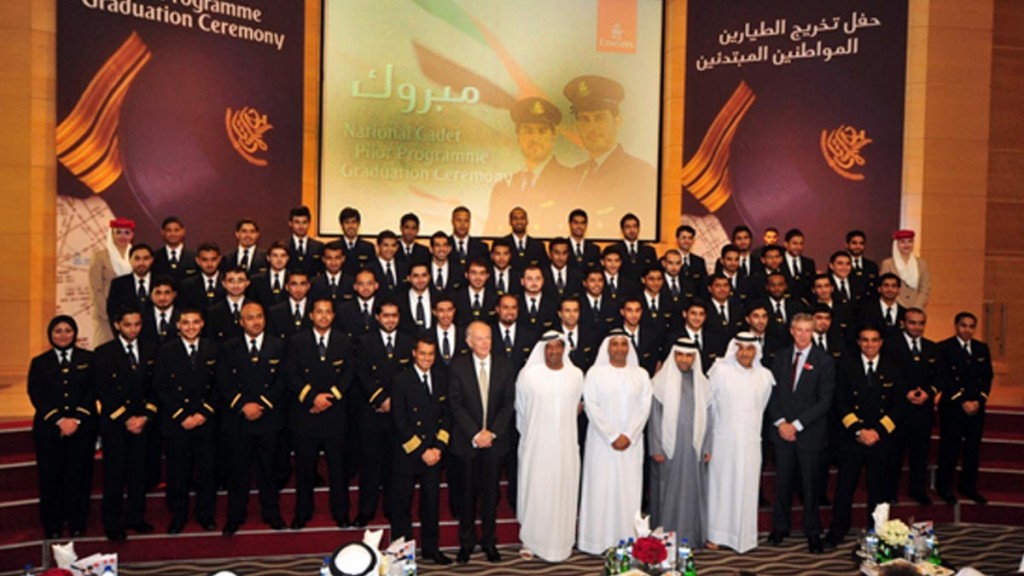