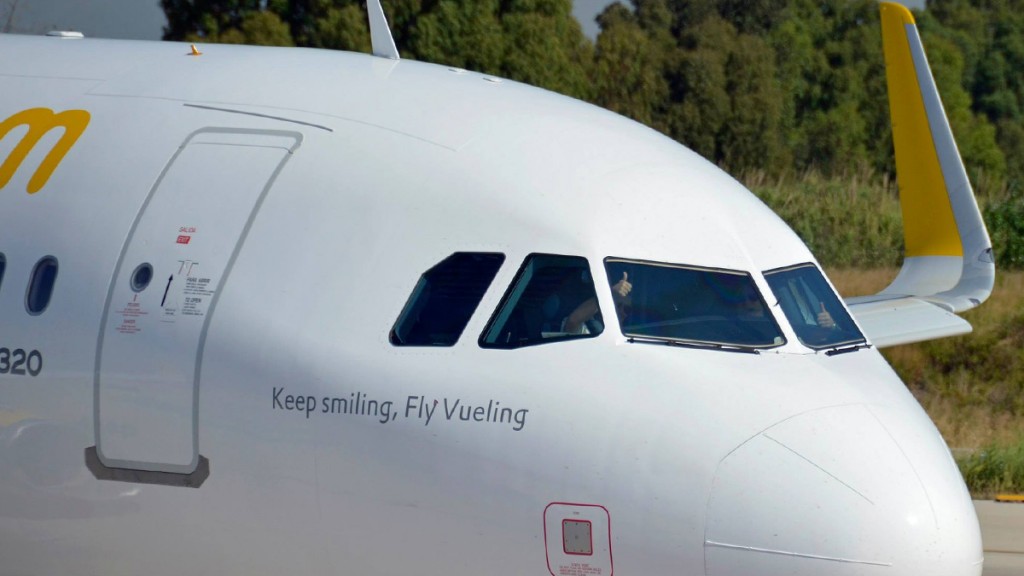 FTEJerez is proud to announce that Barcelona-based Vueling has chosen FTEJerez as one of their partner pilot training academies to provide graduate pilots for Vueling’s Flight Student Programme (FSP).

In terms of this agreement, FTEJerez graduate pilots will be preselected and then presented to Vueling for final selection as “Flight Students” (similar to 2nd officers). Successful candidates will be given a 2 month contract to be Vueling Flight Students during which time they will be operating some 80 block hours with Vueling flight deck crews.

Under the Vueling FSP, candidates will be introduced to a wide range of airline specific operating procedures. It is expected that most of those selected under the FSP will be offered First Officer positions with Vueling after successfully completing their 2-month long “internship” – provided of course that vacancies are available.

“FTEJerez has had a graduate placement relationship with Vueling for some time and we are delighted with the airline’s decision to now further build and expand on this relationship by continuing to entrust us to deliver quality trained graduates to the standard Vueling expect of their next generation of pilots”, says FTEJerez CEO, Oscar Sordo.

Vueling is facing its eleventh summer season with the largest operation in the airline’s history. Vueling will be operating over 60,000 flights between June and September, offering over eleven million seats, 13% more than in the same season of 2014.

Vueling started operating back in July 2004 with a fleet of only two Airbus A320, four routes and one objective: to offer an excellent service at competitive rates. Eleven years later, the airline flies 366 routes with over 160 destinations in Europe, Middle East and Africa, operating a fleet of more than 100 aircraft based in 22 different airports. In 2015, Vueling has been awarded ‘Best Low Cost airline’ by international publications such as Air Transport News and Agent Travel.